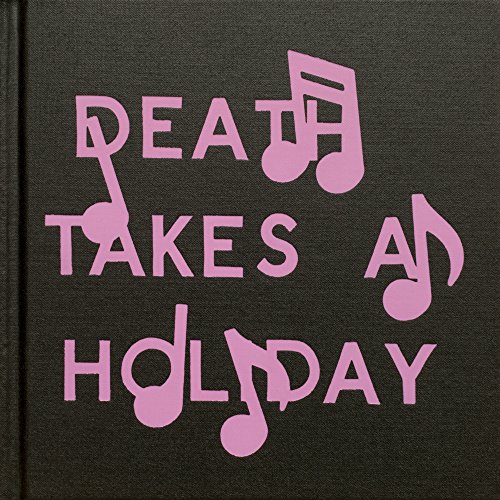 In 2014, New York-based photographer Darin Mickey (born 1974) began documenting a handful of record shops in New York, New Jersey and Pennsylvania--independently run stores that opened primarily in the 1960s, '70s and '80s, many of which are now on their last legs, or have recently been shuttered. These stores are the alphabetized havens for the musical successes of a few and the forgotten failures of many. Shot from the perspective of a middle-aged man restlessly clinging to his youth and the hope of finding that elusive artifact to make anxiety subside and keep the reaper at bay, Death Takes a Holiday shows us a community of beautiful recluses brought together by obsession, compulsion and a pure, undying love of music. 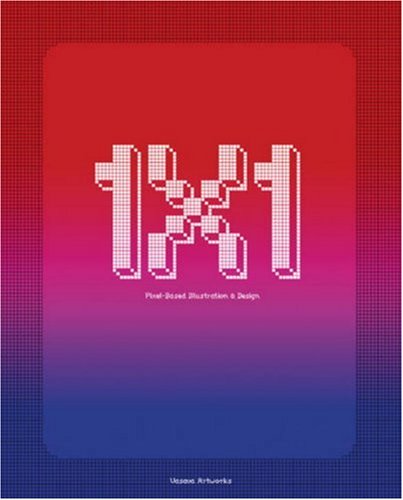 1×1 refers to the creation of images using pixels – picture elements – the smallest-sized element that shows up on a computer screen. With the growth of the Internet and computer game design, pixel art has become increasingly mainstream and is now used widely in print media and advertising.

1x1: Pixel-Based Illustration and Design is an arresting, colorful, and inspiring global survey of a new genre of art, one which is influencing the future of design and art today. It is from pixels that the more than seventy designers and artists featured in this book create icons, characters, games, illustrations, and animation. Over 2000 of their illustrations are featured here, making this a must-have for any graphic designer or computer gaming artist. 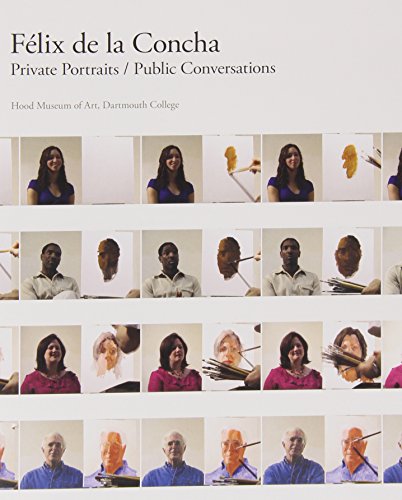 Western portraiture has always been the result of a nuanced and context-dependent interaction between the portrayal of physical likeness, specific portraiture traditions, and the presentation of the character or inner life of the sitter. In 2009, artist Felix de la Concha undertook fifty individual two-hour sessions with faculty, students, and staff at Dartmouth College as well as members of the local community of New Hampshire and Vermont, in which he painted a complete portrait in oils while interviewing the sitter on video on the theme of """"conflict and reconciliation."""" This catalogue chronicles the powerful results of this Hood Museum of Art commission and reproduces all of the portraits in the series. Readers interested in contemporary art and the practice of art on college or university campuses will find this intriguing volume an essential addition to their libraries. 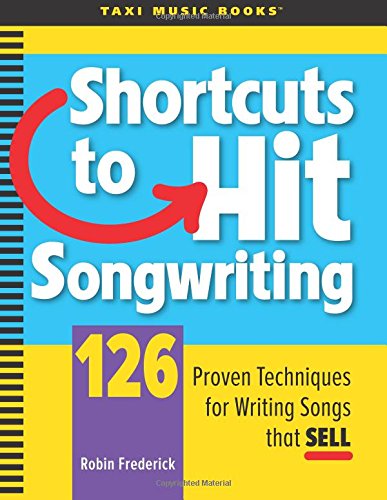 Here are 126 Shortcuts that will take your songs from good to great! Discover the melody and lyric writing techniques of today's top songwriters and learn how you can use the very same secrets to give your songs the power and edge that will make listeners want to hear them over and over again. You'll learn...

~ 38 proven strategies for creating powerful, unforgettable lyrics
~ 30 simple ways to make your melody fresh, exciting, and memorable
~ How to use hit songs as "ghost songs" to get quick results

Plus, there are 58 more Shortcuts to help you lay the groundwork, pick the perfect structure, and choose the chords that will give your songs even more hit potential. And there are more than 100 "Do It Now" exercises to get you started right away!

"For people serious about writing great songs, it's got it all!" ~ Kara DioGuardi, BMI "Songwriter of the Year," American Idol judge
"Should be in every songwriter's arsenal." ~Jason Blume, author, hit songwriter with more than 50 million album sales "An excellent road map for writers at all levels. This is the songwriter's GPS!" ~Ralph Murphy, V.P. ASCAP, Nashville 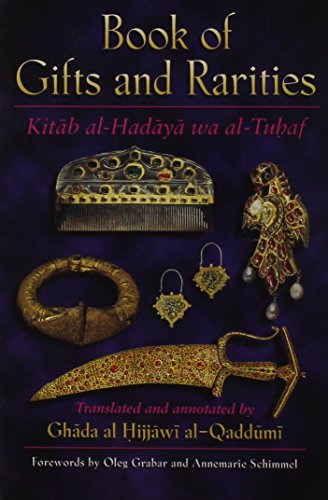 This work is a translation and study of a ninth- through fifteenth-century manuscript, a selection from a medieval book, Kitāb al-Hadāyā wa al-Tuḥaf (Book of Gifts and Rarities), edited by Muhammad Hamidullah. The manuscript furnishes a wealth of varied information offering insights into the period immediately preceding Islam and extending through the first four centuries of Islamic rule. The book provides valuable information on "gifts" exchanged on various occasions between Islamic rulers and their foreign counterparts. "Rarities" form a part of the gifts; some of them are marvels, others are mythical.

The manuscript is an invaluable source of information in many fields. It abounds with technical references and details in various areas of Islamic art, which renders it unique as a reference. The extensive detailed treatment, in the context of the overall material culture, provides a particularly rich source of information for those working both in the specific field of Islamic art and in that of Islamic culture as a whole. 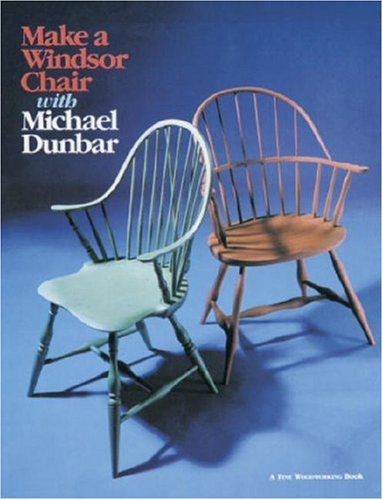 With its turned legs, spindled back and angled, contoured seat, the Windsor chair has been a favorite for years. Now you can make your own with the help of this guide 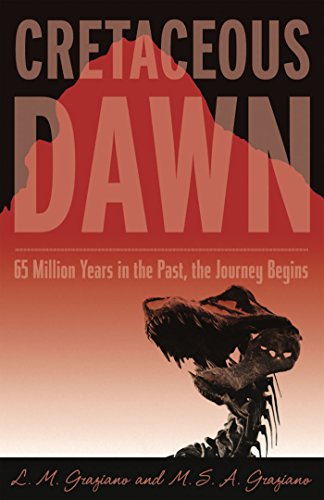 A rip-snorting good yarn. . . . Cretaceous Dawn's strength is its ability to transport the reader back in time to truly experience the Cretaceous.-Dinosaur News Rendered with a clarity and vividness that gives the novel its richness, Cretaceous Dawn is plain fun, and educational at that. Short of time travel, this is as close as you'll ever get to the grim, predatory world of the Cretaceous.-Falmouth Enterprise From the Inland Sea to the infant Rocky Mountains, we see the entirety of a long-gone ecosystem. The authors' scientific knowledge gives the story, and the giant creatures it is centered around, a realism that is immensely entertaining.-Prehistoric Times The era is] described so vividly the reader forgets that no human overlapped with a dinosaur in the sands of time.-The Cape Cod Chronicle A long-extinct beetle appears in a physics lab. Four-and-a-half people and a dog are hurled sixty-five million years through time, to the Age of the Dinosaurs. Paleontologist Julian Whitney and his companions have one chance for rescue: a thousand-mile journey through the dinosaur-infested wilderness. Sixty-five million years in the future, police chief Sharon Earles must solve the mystery of exactly half a body remaining where five people had just been. Physicists try to determine what went wrong. But can they fix the vault in time to retrieve the missing people-and do they want to? Lisa M. Graziano, PhD, is an oceanographer and freelance editor on Cape Cod, Massachusetts. Michael S. A. Graziano, PhD, is a neuroscientist at Princeton University and the author of several award-winning novels. 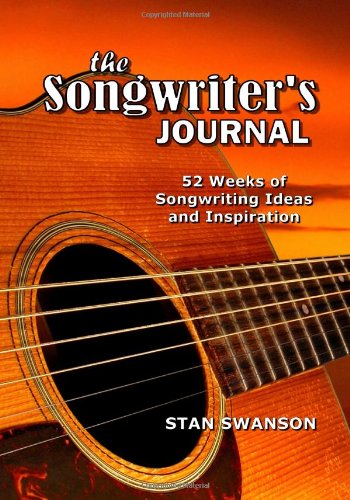 Whether you are new to songwriting or have written hundreds of songs, "The Songwriter's Journal" should be within arm's reach whenever the mood to write a new tune strikes. It is packed with the fuel you need to ignite the imagination and provides you with more ideas than you could ever hope to write about. With hundreds of entries designed specifically to spark the muse within, the book should reside on every songwriter's bookshelf or desk. It includes songwriting exercises, chord progressions for new songs, word association exercises, ideas to write new songs about, note sequences for new songs, power words to include in your lyrics, items that belong in every songwriter's toolkit and much more.

How to Spin Gold 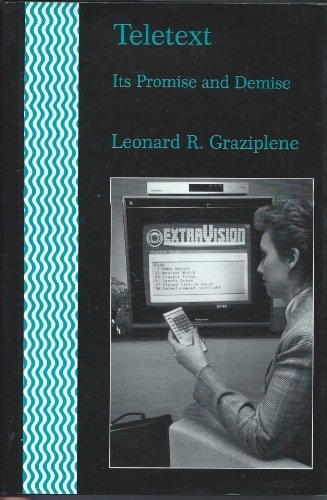 Teletext: Its Promise and Demise

Teletext was a technology developed in Europe in the late 1970s and perfected in North America during the early 1980s by the Canadian Department of Communications and AT&T. Teletext was a digital database transmitted along with a regular television signal. It enabled broadcast, PBS, and cable statio